The world may be an illusion, a simple projection of our own consciousness. Like many ideas, it cannot be disproven. And yet most of us overlook this fact and embrace the potential illusion, taking the world for what it seems to be according to our senses. Naturally, then, we have spent the best part of our known history categorizing the world around us. Biologists have named the plants and animals around us. Linguists have come up with an international phonetic alphabet. In math, we have created languages, we have invented numbers, and systems in which we use numbers, in increasingly complicated ways, to describe the world around us.

However, we are actually finding that the math does not have overwhelming predictive power and that it seems not to synchronize with reality perfectly. We are so far along this road that it is difficult even to look back, let alone to return to our axioms for a reappraisal, audit, and maybe a fresh start. If our global understanding does have an error, is it one that we will find in the future or one that we will find by examining our biases and assumptions.

The so-called Theory of Everything is a theory of physics to unify all the forces of Nature into one physical and mathematical entity, both a formula and a source. This includes gravity (both geometric/general relativistic or gauge-quantum in nature), quantum mechanics, electricity, magnetism, strong and weak nuclear forces in nuclear physics and particle theory, and special and general relativity. There, along the way, must also be found an answer to unanswered problems in physics relating to the fate of the Universe, the Big Bang, its very early stages, the abundance of Dark Matter in the Universe and what it is, the existence or non-existence of supersymmetry, and extra dimensions, and how many there are, the size of the cosmological constant, the proton decay problem, quark confinement and mass gap, matter anti-matter asymmetry, and the list goes on and on,…,

We investigate a six dimensional spacetime with three time dimensions, with a split Minkowskian symmetry, R3;3, and its simplifying and predictive aspects to universal laws of physics, chemistry, biology, and social sciences. 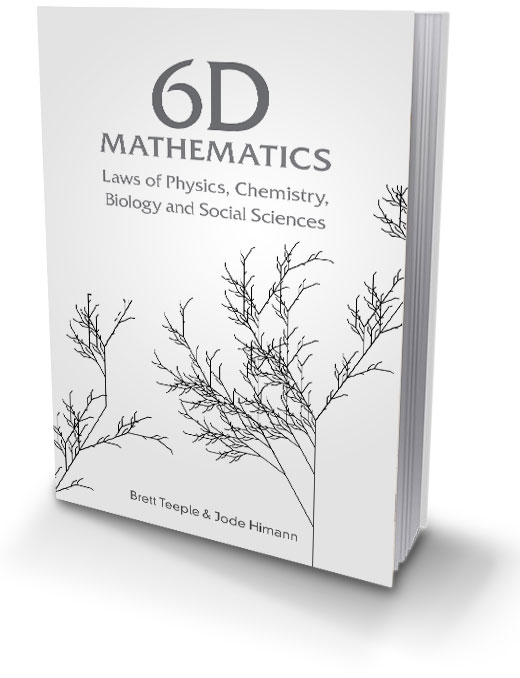 As often happens in science, discoveries are made in the pursuit of an elusive (and sometimes nonexistent) goal. 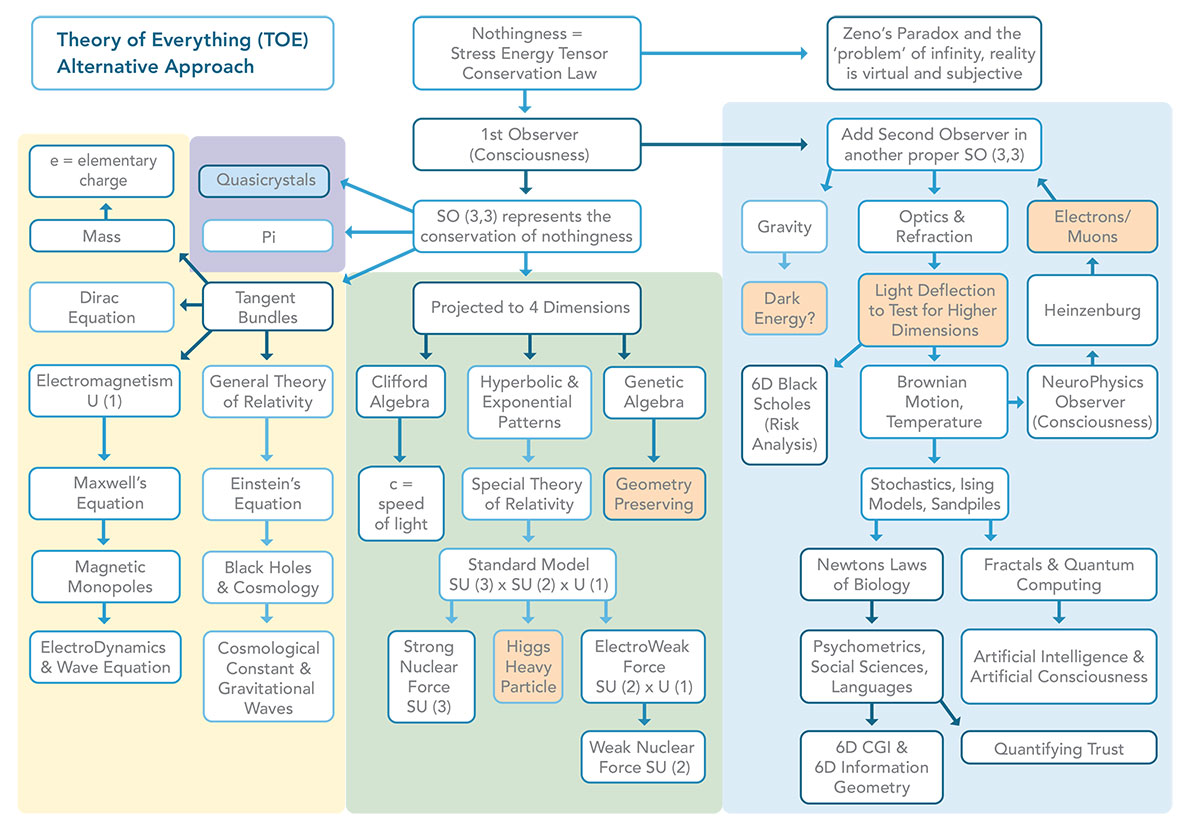